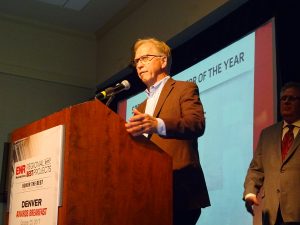 “The Specialty Contractor Award is not one that we award every year,” said Mark Shaw, Editor of ENR Mountain States who hosted the event. “We look at safety and innovation among other factors.”

President of Encore Electric Willis Wiedel accepted the award on behalf of the entire company. “When we started Encore Electric nearly 15 years ago, there were eight partners who wanted to keep working together and now we are reaching 750 employees,” said Willis.  “Our team works every day to serve our customers, and we know firmly that we would not be here without our partnerships and our team.” 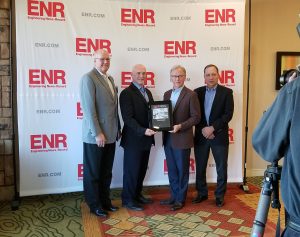 Other awards were given to Encore Electric Partners.  GC Partner G.E. Johnson was selected as General Contractor of the year, Davis Partnership Architects received the Design Partner of the Year Award, and the University of Wyoming was named Owner of the year.

Engineering News Record serves the design, engineering and construction industries and is published weekly.  ENR recently published its Top 600 Specialty Contractors list, and Encore Electric reached number 170 based on annual revenue for all specialty contractors reporting, including mechanical, electrical, plumbing and others.